Is Weed Medicine? What To Know Before Using Medical Marijuana 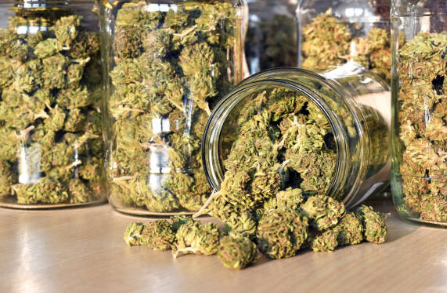 Few subjects that can cause strong emotions and heated debates among doctors, scientist, researchers, politicians and the public as does medical marijuana. Since July 2001, there has been regulations in place allowing the use of marijuana for medical purposes in Canada. However, there’s still many people unfamiliar with the benefits of using weed as a medicine.

The Medicinal Part of Weed

Of the active ingredients in cannabis, cannabidiol or CBD is the second most prevalent. CBD is the essential component of medical marijuana and is derived directly from the cousin of the marijuana plant – the hemp plant.

CBD by itself does not cause any sort of cerebrum “high” and according to a report from the World Health Organization,

In humans, CBD exhibits no effects indicative of any abuse or dependence potential…. To date, there is no evidence of public health related problems associated with the use of pure CBD.

CBD has been given praise for alleviating many health conditions and a few will be listed later in this article. Medical Doctor Peter Grinspoon of Harvard Health Publishing states, “[The] strongest scientific evidence is for [CBDs] effectiveness in treating some of the cruelest childhood epilepsy syndromes, such as Dravet syndrome and Lennox-Gastaut syndrome (LGS), which typically don’t respond to antiseizure medications. In numerous studies, CBD was able to reduce the number of seizures, and in some cases it was able to stop them altogether. Videos of the effects of CBD on these children and their seizures are readily available on the Internet for viewing, and they are quite striking.

CBD is commonly used to address anxiety, and for patients who suffer through the misery of insomnia, studies suggest that CBD may help with both falling asleep and staying asleep.

CBD may offer an option for treating different types of chronic pain. A study from the European Journal of Pain showed, using an animal model, CBD applied on the skin could help lower pain and inflammation due to arthritis. Another study demonstrated the mechanism by which CBD inhibits inflammatory and neuropathic pain, two of the most difficult types of chronic pain to treat. More study in humans is needed in this area to substantiate the claims of CBD proponents about pain control.“

As you can see, many studies have been done proving that CBD can have huge positive effects on treating health symptoms. Below you will find a list of symptoms that others have claimed weed has helped them with.

The Benefits of Medical Marijuana

Pain Reliever: one of the most popluar benefits of medicinal marijuana is the mild to moderate pain relief. CBD also acts as an anti-inflammatory effect on many people allowing them to find comfort from chronic pain using weed high in CBD. A study published in the Journal of Experimental Medicine found that CBD significantly reduced chronic inflammation and pain in some mice and rats.

Combats Cancer: Some researchers have found that CBD may prove to combat cancer. Authors of a review published in the British Journal of Clinical Pharmacology found evidence that CBD significantly helped to prevent the spread of cancer. The researchers also noted that the compound tends to suppress the growth of cancer cells and promote their destruction. They pointed out that CBD has low levels of toxicity unlike modern medicine. They called for further research into its potential as an accompaniment to standard cancer treatments.

Anxiety Disorders: Doctors often advise people with chronic anxiety to avoid cannabis, as THC can trigger or amplify feelings of anxiousness and paranoia. However, authors of a review from Neurotherapeutics found that CBD may help to reduce anxiety in people with certain related disorders. According to the review, CBD may reduce anxiety-related behaviors in people with PTSD, panic disorder, social-anxiety disorder and obesses-compulsive disorder. The authors noted that current treatments for these disorders can lead to additional symptoms and side effects, which can cause some people to stop taking them. No further definitive evidence currently links CBD to adverse effects, and the authors called for further studies of the compound as a treatment for anxiety.

Diabetes: Although marijuana use can increase appetite and calorie intake, it has been linked to lower BMI, less obesity, and reduced likelihood of developing diabetes. In one study of almost 5000 people, past and current marijuana users had lower fasting glucose and insulin levels (by 16%), lower waist circumference and BMI, lower insulin resistance (by 18%), and higher HDL. All these factors are connected to the onset of diabetes.

Heart Health: Some animal and cell studies have suggested a role for CBD in protecting the heart by relaxing blood vessels, reducing inflammation, and combating oxidative stress. CBD was associated with more relaxed arteries and less damage to blood vessels in animal models of heart disease. It various studies of such animals, it was linked to more regular heart rhythms, reduced heart rate and blood pressure in response to stress, and reduced damage to the heart and brain from clogged blood vessels. Thus, some researchers believe that it could protect from heart attacks and stroke, but human trials have not yet been conducted. In a cell study, platelets exposed to CBD clumped together less, reducing their potential to clog blood vessels. In white blood cells, CBD is linked to reduced inflammatory processes. Both of these effects could help explain its potential to improve heart health.

These are just a few of the supporting evidence that CBD or medicinal marijuana can help combat many health alignments that are crippling our society. And with almost no side effects, CBD seems to be a smarter choices for people seeking relief from a medical condition.

Should You Use Medical Marijuana?

It’s always advisable to consultant with a qualified and competent medical doctor who is knowledgeable with medical marijuana. You can also try to speak with a herbalist or naturopathic doctor.

With that said, more and more clinical studies and scientific research is being published that is supporting CBD as having benefits to health care treatment.
At Got Weed Online – a top Canadian dispensary – offers a CBD oil from organically grown hemp and a revolutionary extraction process. Get yours today!